“Spinal symptoms are among the most common reasons for visiting a physician and significantly contribute to health care expenditures. More than 10% of visits to primary care physicians (PCPs) relate to back or neck pain (hereafter referred to as back pain), representing the fifth most common reason for all physician visits and accounting for approximately $86 billion in health care spending annually. Indirect costs related to lost productivity amount to an additional $20 billion per year, which likely is an underestimate because the prevalence of chronic back pain may be increasing.  Moreover, spending for these conditions has increased more rapidly than overall health expenditures from 1997 to 2005.”

While the precise sources of back pain trauma in an industrialized society are varied and difficult to ascertain with pinpoint accuracy, it is safe to reason that the majority of the health care spending cited by JAMA in this study comes from the office workplace.  And it depends on who is providing the numbers.  The American Academy / Association of Orthopaedic Surgeons (AAOS) states that in 2004 the cost of direct medical intervention due to back pain trauma was some $194 billion, more than double JAMA’s numbers and that that number had increased by 49% in the eight preceding years.

Pain (persistent or chronic) management and productivity losses run the system some $560-635 billion annually, according to the American Academy of Pain Management (AAPM) and the National Center for Biotechnology Information (NCBI). Those figures split somewhere down the middle between management costs and lost productivity costs. That is from all causes of pain including cancer, but studies show that 42% of respondents to inquiries list back and neck pain as the major source of their suffering.  Back pain is the leading cause of disability among Americans UNDER 45 years of age, and 26 million Americans ages 20-64 experience back pain. And among those who have pack pain, the likelihood of overall poor physical and mental health increases significantly.

And if you’re really feeling flush, we might want to throw in some numbers from diseases of the extremities, like venous insufficiency. In most cases of these diseases sitting or standing for “extended periods” is listed as a potential contributing factor, and certainly an exacerbatory one once established.  According to PubMed “Medical care costs for chronic venous disease amount to 10 billion BEF, which is 2-2.5% of the 1995 total health care budget.”  BEF is Belgian costing; similar percentages were established for France and the U.S.  And bear in mind that the sentence uses the word “chronic”, which is the extreme form of the condition; the “early” version covers a much broader range of pathologies. Whatever. See the graphic below. 2.5% of today’s estimated $3.8 trillion health care budget would put us somewhere around $95 billion.

Some other numbers from a variety of sources around the web:

• Annual expenditures for back pain trauma are on par with diabetes and cancer, 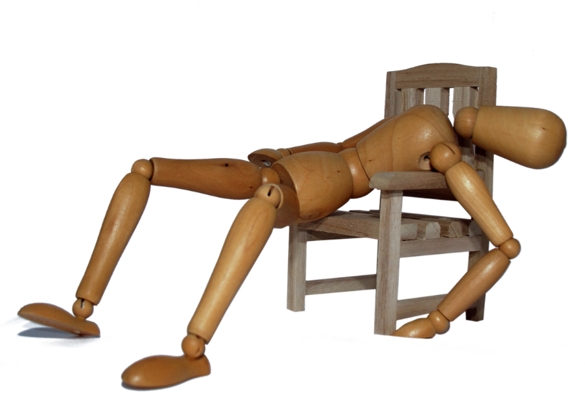 second only to those for cardiac care and stroke (JAMA, others);
• In 2008, U.S. hospitals had roughly 3.4 million emergency department visits — an average of 9,400 a day — specifically for back problems;
• Next to the common cold, low back pain (LBP) is the most common reason individuals visit a physician’s office, resulting in billions of dollars in medical expenditures and lost labor costs each year;
• Two out of every three office workers experience back pain every year and one in four see it as an inevitable part of working in an office (American Osteopathic Association);
• People with back problems cost the system 76 percent more on average than people without back problems each year;
• Those requiring medical intervention as a result will cost the system on average $6100 per year, this in 2005 (JAMA).

But all this intervention money is being well spent, right?

Well, not exactly.  According to JAMA the medical profession is woefully ill equipped to deal with the tsunami of back pain sufferers it deals with every day.  Basically, other than suggesting physical therapy and lifestyle changes physicians rely on three modalities of treatment*:

1) Narcotics.  “Doctors have increasingly ignored clinical guidelines for the treatment of routine back pain by prescribing powerful and addictive narcotics instead of other recommended painkillers”, according to the JAMA study covering the eight year period above.  During that period of time prescriptions for narcotic painkillers rose 51% while non-prescription alternatives declined by the same amount.  Overall, narcotic prescriptions rose some 300% since the early 90’s.  “There’s an epidemic of abuse and addiction” of these drugs, according to Caleb Alexander, co-director of the Johns Hopkins Center for Drug Safety and Effectiveness, and “it would certainly be hard for this epidemic to get much worse.” 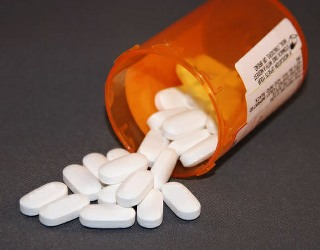 While it is difficult to know precisely how much of this consumption is directly related to back pain trauma we do know that related pharmaceutical expenditures rose by 423% from 1997 to 2005. We also know that JAMA looked at this category of expenditure and noted that a 2007 analysis found “narcotics provided little to no benefit in cases of acute back pain and that they had also failed to prove effective in cases of chronic back pain”.

2) Imaging.  “While medical guidelines recommend that doctors avoid early imaging or other aggressive treatments, except in rare cases, researchers found that the use of computed tomography (CT) or magnetic resonance imaging (MRI) had increased by 57%” during the period of the study, according to JAMA.  Part of the problem here is that patients tend to demand MRI’s whether or not they make any sense, and when you have a significant investment ($1 to 3 million or so) in a piece of equipment, a staff of paid technicians on site to operate it and an army of lawyers standing by to sue you if you get something wrong, the tendency is to want to put it to work.

This, of course, is contrary to guidelines and  “in 2007, a projected 1,200 additional future cancers were created by the 2.2 million lumbar CTs performed in the United States”.  Imaging runs $1200 – $1500 and up per session.  JAMA and others have looked at the use of scanning and found that in addition to its high cost and the cancer dangers the entire modality has shown little to no value in the diagnosis or treatment of back pain.

3) Surgery.  When people with routine back pain are referred for MRI imaging, they are eight times more likely to have surgery.  About 800,000 surgical procedures are performed each year for back pain.   In about 75% of those cases, the surgery doesn’t help. Other studies have shown that, astonishingly, there is little difference between certain surgical procedures and placebo. Orthopedic surgeons will dispute these interpretations but the evidence continues to mount that in other than rare and extreme cases surgery for back trauma is a waste of money.

*Lumbar Epidural Steroid Injections have also been used since the 1950’s.  The effects tend to be palliative and temporary, but many practitioners see them as an integral part of their overall therapies.

The two most effective interventional modalities for the treatment of back pan are (would be) a) re-configuring the conventional workstation to the point where it makes biomechanical sense and b) in the case of addressing back trauma from the medical standpoint, doing nothing, because the vast majority of traumatic events pass with time.  The first of these modalities does not exist as a realistic option as of this data, and the second, well, according to Dr Bruce E. Landon of Harvard Medical School “The way our health care system is set up right now makes it hard to do the right thing… Orthopedic surgeons, neurosurgeons, and pain medicine doctors get paid for doing things, not for counseling.”

Courtesy of demonocracy.info the pallet above holds $100 million dollars, bundled in $100 dollar bills.  Ten of these ISO pallets will hold $1 billion (below) and 20 pallets, or $2 billion, can fit in a 40 ft ISO standard container.  So, we would need 43 trailer truck combos loaded at capacity to carry $86 billion dollars. But remember, that $86B was in 2005 dollars and JAMA was tacking on another $20B for lost productivity, then said that the whole thing was probably understated and “rapidly” escalating… So, you might want to plan for extra. 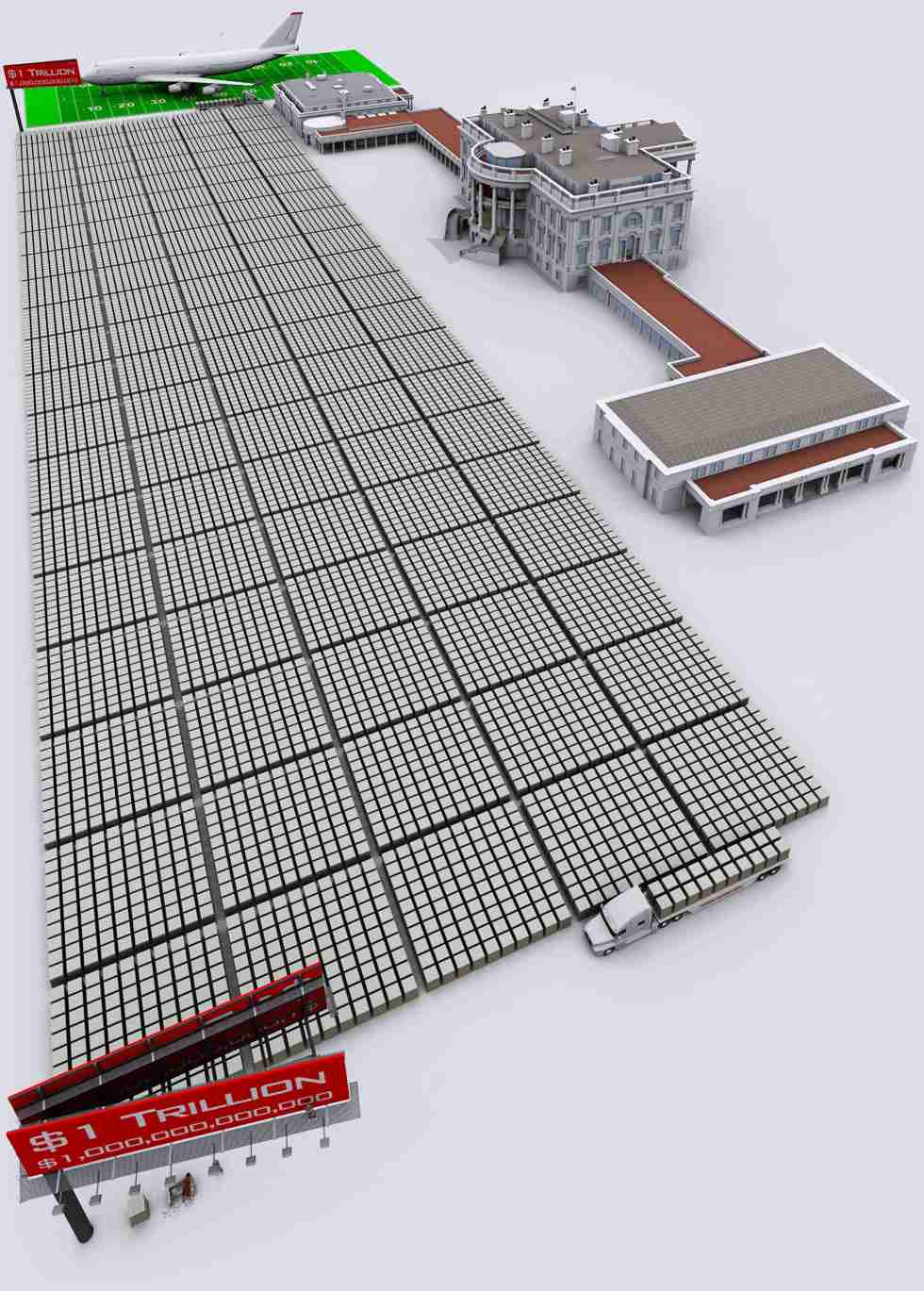 Now, the image below is $1 billion; the image on the left represents $1 trillion dollars.  Each of the tiny squares on the left is our $100 million; the master squares represent $10 billion, so we need eight and a half master squares to deliver us our $86 billion.  Note the truck at the bottom left loaded with $2 billion.  Forbes magazine states that U.S. healthcare spending hit $3.8 trillion in 2014, or 3.8 times the amount shown in this graphic, and is projected to hit $5 trillion by 2022.  The total U.S. debt ceiling in 2013 reached $16.4 trillion… 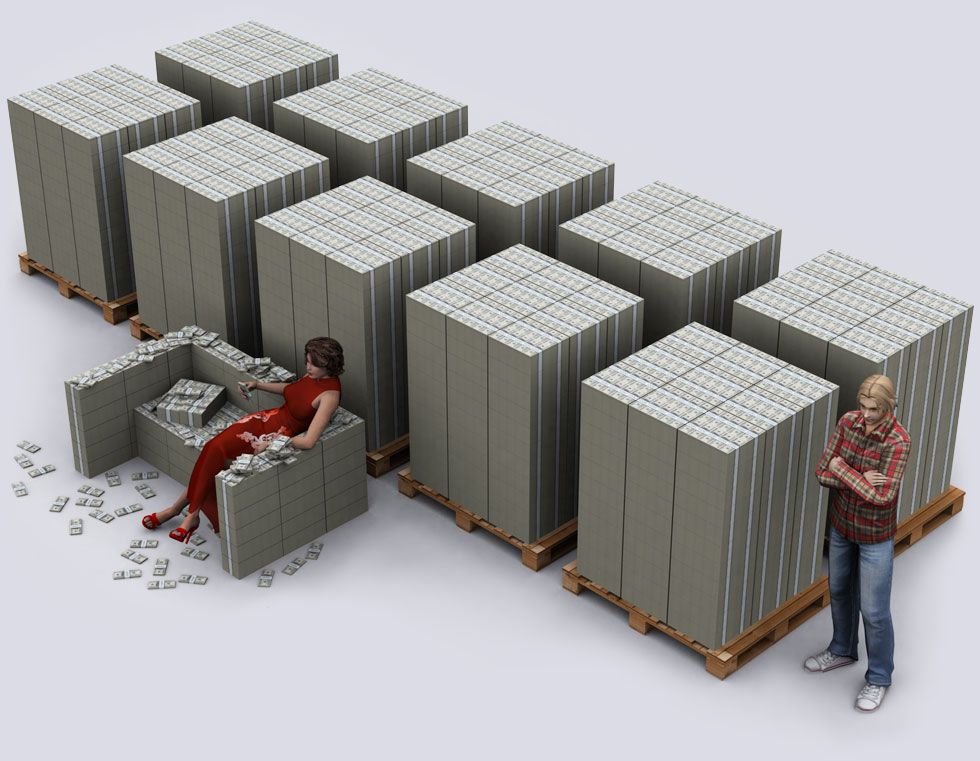